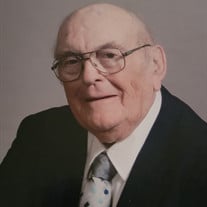 Billie Duane Cotton, 85, of Lubbock, Texas, passed away on February 17,2022. Duane was born June 5, 1936, at home in Brushy Mound, Texas to Virgil and Gladys Cotton. Duane started working in the cotton fields at an early age with his father. He plowed with a plow pulled by 2 mules at the age of 11. He said that it was better than picking cotton. After a while his dad bought a tractor and he drove that before he even got his license. The family then moved to Cooper, TX a small town for a while and then moved to Abilene. He started his freshman year at Abilene High School and then graduated in 1953. One of his favorite activities was playing football. He took a job at 15 years changing tires at a gas station, then to M-Systems when he was 24 years old. In 1964 he worked briefly for Mrs. Baird Bakery delivery. Then he went into food brokerage with Cathy Brokerage, Hawkins Cline, Womack Brokerage company. The family then moved to Lubbock with Cathy Brokerage in 1967. After working in brokerage Duane worked for West Texas Sign Company. In 1987 he started his own sign company, BDC and later retired in December of 2018. The family joined Oakwood Methodist Church where Duane taught 6th grade Sunday School for several years before moving to teach the Adult Sunday School class. He was also active on Preschool board for 30 years, many committees, lay leader, and tried to serve in any way that he could. He was honored and enjoyed being a lifelong member of Oakwood Methodist Church. Duane was preceded in death by his parents, grandparents George and Addie Cherry, and several aunts, uncles, and cousins. Duane is survived by Edith, his beloved wife of 66 years, their three children Belinda of Corpus Christi, Texas; Gary of Houston, Texas; Tim and wife Janet of Littlefield, Texas; his brother, Bruce and wife Linda of Lubbock, Texas; he is known as "Pop" to seven grandchildren; Jonathan, Jaree', Will, Jancee' and husband Keenan Harris, Jeter, Journee' and husband Joseph Carrasco, Jubilee' and fiancé Bryce Worley; six great grandchildren; Bruce, Henry, Jack, Sam, Addie and Lucy. Family visitation will be come and go on Sunday February 20, 2022, from 1:00 PM to 3:00 PM at Sanders Funeral Home. A funeral service will be Monday, February 21, 2022, at 2:00 PM at Oakwood United Methodist Church with Wendell Horn and Jane Vaughn officiating. A graveside service at City of Lubbock Cemetery to follow. In lieu of flowers please make a donation to Oakwood United Methodist Church or a charity of your choice.

Billie Duane Cotton, 85, of Lubbock, Texas, passed away on February 17,2022. Duane was born June 5, 1936, at home in Brushy Mound, Texas to Virgil and Gladys Cotton. Duane started working in the cotton fields at an early age with his father.... View Obituary & Service Information

The family of Billie Duane Cotton created this Life Tributes page to make it easy to share your memories.

Billie Duane Cotton, 85, of Lubbock, Texas, passed away on February...

Send flowers to the Cotton family.