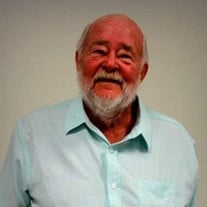 Billy Wayne McAdams, 83, of Lubbock, Texas passed away at home surrounded by his loving family on February 24, 2022. Bill was born on July 3, 1938 in Farmersville, TX to Floyd McAdams and Beatrice {Bea} Addington McAdams. He was baptized in the Rock Pit in Farmersville Texas by Reverend Roy George in the summer of 1948. He rededicated his life to Christ at the United Spirit Arena in Lubbock, Texas while attending a Billy Graham Crusade. He served his country in the Army for six years. He had a spirit of entrepreneurship and used his skills as a carpenter, burr truck driver and he co-owned a tree spraying service with his father for many years. He enjoyed fishing, loved music, dancing, telling stories, playing cards and dominoes, shooting guns, loved animals as well as laughing and cutting up and spending time with his family. Bill had a love of cars and he bought and sold them throughout his life. He was a crackerjack baseball player in his younger years and he loved the game. His hero and best friend was his dad Floyd. Bill was preceded in death by his parents and his brother Dennis McAdams. Surviving loved ones include his wife, Sharon McAdams and his six children, Ricky McAdams, Laurie McAdams, Darlene Garrett, Kristie Hall and Nicholas McAdams and two stepchildren, Veo Kendrick and Cherry Hauf. He is also survived by his grandchildren Levi McAdams, Tyrell McAdams, Michael Garcia, Taylor Garcia, Joe Garrett, Jacob Garrett, Rylee Garrett, Mack Hall, Kingston McAdams, and Kinley McAdams and step-grandchildren Judge Hauf, Storey Hauf, and Veo Nelson as well as his great grandchildren Riley and Scarlett Garrett and many cousins, nieces, a nephew, aunts and uncles. Visitation for family and friends will be at Sanders Funeral Home 1420 Main Street Lubbock, Texas March 3rd from 6 to 8pm. Graveside services will be in Resthaven Memorial Park at 5740 19th Street Lubbock, Texas on March 4th at 11:30am with Bill Mormon officiating. Please come and celebrate the life of Bill in person or by visiting

Billy Wayne McAdams, 83, of Lubbock, Texas passed away at home surrounded by his loving family on February 24, 2022. Bill was born on July 3, 1938 in Farmersville, TX to Floyd McAdams and Beatrice {Bea} Addington McAdams. He was baptized in... View Obituary & Service Information

The family of Billy Wayne McAdams created this Life Tributes page to make it easy to share your memories.

Billy Wayne McAdams, 83, of Lubbock, Texas passed away at home...

Send flowers to the McAdams family.