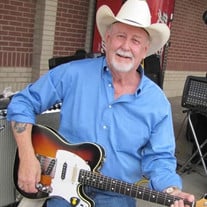 Bobby Ford Cook passed into the arms of his Jesus on the morning of February 12, 2021. Preceded in death by his parents, Claud & Laura Leona Cook, wife of 31 years, Anna Cook, sister, Judy Bradshaw, and daughter, Karen Anderson. He is survived... View Obituary & Service Information

The family of Bobby Ford Cook created this Life Tributes page to make it easy to share your memories.

Bobby Ford Cook passed into the arms of his Jesus on the morning...

Send flowers to the Cook family.