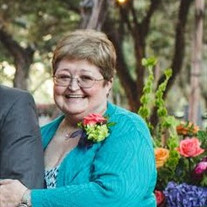 Carol Gilley (born Carol Morgan on June 28, 1955) passed peacefully in the company of loved ones on January 28, 2021 after a year’s long battle with illnesses. Beloved mother, grandmother, sister, daughter, and friend to many, she will be greatly missed. Carol grew up in Friona, TX with parents Bill and Betty Morgan, sister Tonna Broyles, and brother Dennis Morgan. She later married and settled in Azle, TX, where she raised three daughters. Carol is survived by her children, Leslie Butler and spouse Daniel Butler, of Lubbock TX; Jennifer Cobb and spouse Chris Cobb, of Fort Worth, TX; and Kelsey Ford and spouse Zach Ford of Lubbock, TX. She was also blessed with (and unconditionally loved) eight grandchildren and three great grandchildren. Her grandchildren are Victoria, Christopher, Micah, Rylan, Peyton, Avery, Raegan and Bax. Great grandchildren are Haygen, Hennessy and Leeland. Carol was preceded in death by her parents Bill and Betty Morgan. Carol had a passion for finding treasures, which some saw as worthless, she felt were priceless. Everywhere she went she was looking for rusty, old “antiques” as she called them. Her shelves were adorned with rusty forks, nails and pieces of broken who knows what. Growing up, she dreamed of being an archaeologist, digging up fossils and bones. She had a small collection of skulls and bones that she used as decorations. Carol’s quirky personality was what her friends and family adored about her. Carol’s true priceless treasures, she knew, were her children, grandchildren and great grandchildren. Everything she did in life, was for them. She raised her daughters to be strong in the face of adversity. Although her journey was riddled with difficult situations, she always overcame them. As she told her children “Where there’s a will, there’s a way!” Carol always taught them a woman can do anything a man can do. Her and her daughters performing minor repairs on the house themselves. Carol had many sayings she loved to share with her children. The most repeated was “A place for everything and everything in it’s place” This was said the most during the teenage years. She also hated partially open doors or drawers. Walking in a room and screeching “ASKEW!” at a drawer not completely closed. With strength, independence, and OCD, Carol also gave her daughters lots of love and laughter. Even when they didn’t want it, they were hugged and kissed. Given repeated “love pats” as she walked in and out of a room. She would even pop her head into their room for a quick “I love you”. Even as her daughters grew as big as she was, she would take them into her lap when they needed it. This unconditional love she had for her children, was even more apparent with her grandchildren. She loved this duty more than all others. Her grandchildren knew they could get endless sips of her tea or Dr Pepper, all the chocolate milk their tummies could hold, and countless Hershey kisses! With all that sugar, she got endless hugs and kisses! So even when the mommies said “no more!”, she would slip them one more. There are simply not enough words, time, or pages to express all of the many things that made our Mom wonderful, or to express our love for her and how greatly she will be missed.

Carol Gilley (born Carol Morgan on June 28, 1955) passed peacefully in the company of loved ones on January 28, 2021 after a year&#8217;s long battle with illnesses. Beloved mother, grandmother, sister, daughter, and friend to many, she will... View Obituary & Service Information

The family of Carol Denise Gilley created this Life Tributes page to make it easy to share your memories.

Send flowers to the Gilley family.