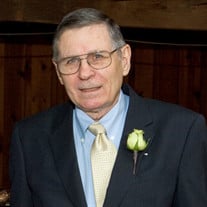 Dr. Duane Paul Jordan, 85, died of natural causes on December 5, 2020 in Lubbock, Texas. He was born on July 17, 1935 in Glendale, California to Paul Rathbun and Agnes Killion Jordan. Duane received his B.S., M.S., and Ph.D. degrees in Mechanical Engineering all from Stanford University. After graduating in 1961, his engineering career began at the Lawrence Radiation Laboratory in California. In 1964, he and his family moved to Lubbock where he began his career at Texas Tech University. Duane dedicated his life to teaching and advancing mechanical engineering technology. His work with the Ford Motor Company resulted in more efficient energy production, and ultimately, better gas mileage for us all. He was an early pioneer of developing technologies that conserve energy for a cleaner tomorrow. During his 38 years with the Department of Mechanical Engineering, he received numerous teaching awards for instructing Thermodynamics, Heat Transfer, and Fluid Mechanics. He was published in the most prestigious heat transfer journal for his contributions to nucleate boiling and phase change processes that affect engine cooling. His passion for teaching transformed the way his students learned thermodynamics and heat transfer processes. His teaching methods were highly organized and often developed from scratch. Teachers typically use examples from textbooks, but Duane took the time to create his own examples. By doing this, he showed his students real-world applications of thermodynamic concepts. He created original software to visualize engine cooling, phase transition and energy exchange, and nucleate boiling. His software helped individuals understand and visualize complex computational fluid dynamics (CFD) processes that affect heat exchange (cooling) in engines. He extended a version of this software, that he coined “TTU_COOL”, to students in his courses so they could visualize heat exchange in various thermodynamic cycles. Duane’s software was revolutionary because it was developed before commercial simulation software was available; at this time people never saw the calculations they were making. He was a member of the American Society of Mechanical Engineers (ASME), the engineering honor societies Pi Tau Sigma and Tau Beta Pi, as well as Sigma Xi, and Phi Beta Kappa. His membership in ASME began in 1973 as a faculty advisor and continued for decades with numerous local, regional, and national positions. The friendships he made from his years with Texas Tech and ASME were very important to him throughout his life. His passions and hobbies also included photography, music, sailing, camping, fishing, and traveling with family and friends. Duane was preceded in death by his parents. He is survived by his beloved wife Patricia of 39 years, his two daughters, Beth (Gary) Staley and Cathy (Dave) Alt, his five grandchildren, Katie (Jonathan) Warren, Amie (Tommy) Henly, Stephen Waters, Tommy Staley, and Chell Staley, his two great-grandchildren, and his four stepsons Mark, David, John, and Peter Griffith, and their families. His family will have a private service in his honor. In lieu of flowers the family would appreciate a memorial gift to Texas Tech Foundation for the benefit of the Duane P. Jordan Scholarship Endowment, Whitacre College of Engineering, Attn: Sara Kerr, Box 43103, Lubbock, TX 79409.

The family of Duane Paul Jordan created this Life Tributes page to make it easy to share your memories.

Send flowers to the Jordan family.