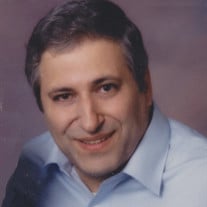 Graveside service for Eli Boroda, 76, of Lubbock will be held 11:30 a.m., Monday, August 24, 2020 in the City of Lubbock Cemetery with Rabbi Deborah Goldmann officiating. Eli passed away August 21, 2020 at the West Texas VA Health Care Sytem in Big Spring, Texas. He was born February 23, 1944 in Egypt to David and Esther Boroda: His family relocated to the United States in the fifties. Education was instilled in Eli at an early age through family values. Then Eli graduated from Brookline High School and received his Bachelor’s Degree from North Eastern University. Eli enlisted in the U.S. Army as an officer during the Vietman War and served as a Medic in the 82nd Airborne. He received the National Defense Service Medal, Vietnam Service Medal, Combat Medical Badge, Vietnam Campaign Medal, Army Commendation Medal, Bronze Star Medal, Vietnam Cross of Gallantry with Palm and One Overseas Service Bar. After returning from war, Eli received his Master’s Degree in Microbiology from the University of Massachusetts at Amherst. On May 10, 1979 Eli was granted a patent for the first TENS device for home use. Eli worked for many years for Beth Israel Hospital and Lemuel Shattick Hospital in Boston, Massachusetts. In 1988, Eli moved to San Diego, CA where he would later work for the Balboa Naval Hospital and as a business manager for the local AFGE. In 1998, he moved to Lubbock where he would later receive his Ph.D. in Plant and Soil Science from Texas Tech University. When Hurricane Katrina hit, he served in the Texas State Medical Rangers. In 2002, he became the Ag Anti-Bioterrorism Coordinator for West Texas. When he retired, he stayed active in the community receiving the President’s Lifetime Achievement Award for Outstanding Volunteer work with the local Veteran’s Administration. In addition, he was a member of the local chapter of the Kiwanis Club and the Lubbock Lion’s Club. Loved ones include daughter, Allison Boroda and son, Garrett Boroda; numerous uncles and cousins.

The family of Eli Boroda created this Life Tributes page to make it easy to share your memories.

Graveside service for Eli Boroda, 76, of Lubbock will be held...

Send flowers to the Boroda family.