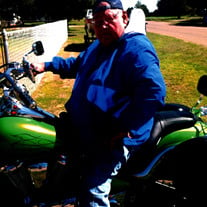 Forrest Wayne Williams, 80, of Lubbock, Texas passed away March 8, 2022. Wayne was born July 30, 1941, in Hugo, OK to the late Gilbert and Bertha Williams. To find work, Gilbert and Bertha moved from Hugo Ok to Lubbock Texas when Wayne was 6 years old. Gilbert traveled to Lubbock first to locate a place to stay and begin working where he eventually retired from the Lubbock Municipal Airport. Wayne began his career as a welder, he furthered his education by training as an electrician before using his years of experience and training to help land him a job at the Lubbock International Airport where he started out on the runway as part of the maintenance crew before quickly moving up to Supervisor over the entire runway staff. Wayne finished his career at the Airport in 2001 after 21 years of impeccable service. For family and friend's weekends were always special, Wayne was a master at the grill and loved to BBQ, his secret recipe seasoned brisket was always a family favorite. Once asked what the secret was, he would just say, I soak it in something special and you shouldn't drive home at least one hour after eating. When Wayne wasn't yelling at the Dallas Cowboys he was riding his motorcycle or relaxing at the lake on his boat fishing. Wayne was blessed with a large family; he began his amazing journey when he married his best friend Barbara Sue Williams on June 4th 1966 in Lubbock Texas. Wayne and Sue were blessed with five children, four grandchildren and one great grandchild. Daughter, Teresa Nixon, daughter Amanda Cotton, Son Matthew Don Williams, and Preceded in death by daughter Shannon Kay Williams and son Teddy Wayne Williams. Wayne and Sue were blessed by grandson's Adam and Chris Nixon, Hunter Cotton and granddaughter Mackenzie Cotton, and one great granddaughter Olivia Rose Nixon. Preceded in death by (Father) Gilbert Williams, (Mother) Bertha Williams, (Sister) Mary Evans, (Brother) Don Williams, (Sister) Dana Creeach. A celebration of his life will be 2:00 PM March 12, 2022, at Calvary Baptist Church Bruce Cotton officiating. Please celebrate the life of Forrest by visiting www.sandersfuneralhome.com.

Forrest Wayne Williams, 80, of Lubbock, Texas passed away March 8, 2022. Wayne was born July 30, 1941, in Hugo, OK to the late Gilbert and Bertha Williams. To find work, Gilbert and Bertha moved from Hugo Ok to Lubbock Texas when Wayne was 6... View Obituary & Service Information

The family of Forrest Wayne Williams created this Life Tributes page to make it easy to share your memories.

Send flowers to the Williams family.