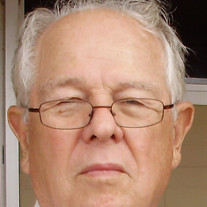 A celebration of the life of Harrell Spears, 91, of Lubbock, Texas will be 2:00 p.m., Friday, September 18, 2020 in Sanders Memorial Chapel with Dr. D.L. Lowrie and Pastor Bobby Dagnell officiating. Graveside services will follow in Resthaven Memorial Park. Family will receive friends from 5:00 to 6:30 p.m. Thursday, September 17, 2020 at Sanders Funeral Home. In order to maintain a safe, come and go viewing, we ask to limit groups to three or less at a time. Please celebrate the life of Harrell by visiting www.sandersfuneralhome.com. A webcast of services will be available as well as our online guest book. Harrell passed away September 12, 2020. Harrell was born September 10, 1929 in Ardmore, OK to Harbison and Evelyn Harrell Spears. He attended Oklahoma Baptist University and graduated from Baylor University in 1950. He then founded Spears Furniture Company with his uncle, James Spears, in Lubbock. He served in the United States Air Force at Reese AFB. He has belonged to the First Baptist Church since 1951. Harrell married Martha Isbell on August 18, 1951 in San Antonio. He served as President of the Better Business Bureau, Lubbock Knife and Fork Club and the Downtown Bible Class. He also served as a director of the National Home Furnishings Association and was selected Southwest Retailer of the Year in 1986. He has operated Stowers Furniture Co. in San Antonio since 1977 with his son, Jonathan. Loved ones include spouse Martha Spears; son, David Spears and wife, Nancye Spears; son Jonathan Spears and wife, Stefani Spears; daughter Cathleen Spears; grandsons, Randall and his wife, Taylor, Travis Spears, Austin Kreis and Dylan Kreis. Preceded in death by Harbison Spears (Father), Evelyn Spears (Mother).

A celebration of the life of Harrell Spears, 91, of Lubbock, Texas will be 2:00 p.m., Friday, September 18, 2020 in Sanders Memorial Chapel with Dr. D.L. Lowrie and Pastor Bobby Dagnell officiating. Graveside services will follow in Resthaven... View Obituary & Service Information

The family of Harrell Spears created this Life Tributes page to make it easy to share your memories.

A celebration of the life of Harrell Spears, 91, of Lubbock,...

Send flowers to the Spears family.