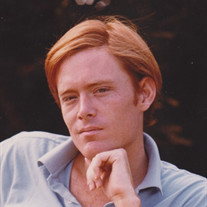 Midland native and longtime Lubbock resident Jacob "Jake" Lory Williams IV passed away peacefully, surrounded by family, on Thursday, February 17, 2022, following a lengthy illness. He was 65 years old. Jake was born August 11, 1956 in Midland. He attended Midland public schools until his graduation from Midland High School in 1974. He attended Texas Tech University then later earned an Associate's Degree from Midland College. In addition, Jake was a gifted welder and mechanic and had a lifelong love for music, nature, cars, and motorcycles, and freely shared his knowledge. Jake was a fiercely independent young man, but a 1978 boating accident left him with quadriplegia and dependent on others. However, he learned to accommodate his disability so that he could live a full life in the community and at home. He was proud of his ability to be in charge of himself and to participate in life. In addition to many friends, Jake is survived by his sisters, Kathy Buckberry and Anne Busby; three nieces, Sarah Kaiser, Kathryn Busby, and Jamie Busby; and three nephews, Chris Buckberry, Jason Williams, and Mike Buckberry. Jake was preceded in death by his parents, Jacob Lory Williams III and Angela Peters Williams, longtime Midland residents, and by his brother Stephen L. Williams, of Waco. In lieu of flowers, the family asks that donations be sent to: One Tree Planted (https://forest-fundraiser.raisely.com/jakewilliamsmemorial) to celebrate Jake's love of nature and North American forests. Jake's family will receive friends from 6:00-7:00 p.m., Friday, March 4th at Sanders Funeral Home. Following family visitation a rosary will be held for Jake Friday, March 4, 7:00 pm at Sanders Funeral Home in Lubbock. A Funeral Mass will be celebrated Saturday, March 5, 1:00 pm at Christ the King Cathedral in Lubbock.

The family of Jacob Lory Williams IV created this Life Tributes page to make it easy to share your memories.