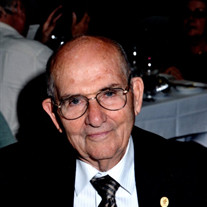 James David Stafford was born on February 25, 1939 in Bedford, Indiana and passed from this life on January 20, 2022 in Lubbock, Texas at the age of 82 years. He is survived by his wife, Lou McMurrey Stafford, his son John Stafford and wife Deanna, his daughter Mary Tovar and wife Sylvia, and his son Charles Stafford and wife Dee. He is also survived by a brother, Stephen Stafford and sister Kathleen Bradley, step-sons Michael Martin, Clay Martin and wife Joanna, six grandchildren, and six great-grandchildren. He was preceded in death by his son, Andrew Stafford. Dave was a career sailor, retiring from the Navy as Command Master Chief. He then went back to college to become a teacher, graduating from the University of Houston at Victoria. He taught third grade in Beeville, Texas and later at the McConnell Unit prison in Beeville, until his retirement. He had an incredible passion for teaching, whether it was fellow sailors, students, incarcerated adults, or members of his family. Although retired, he never stopped teaching and will be dearly missed. Dave loved to travel, having been around the world 3 times with the Navy. He and his wife later visited all 50 states, toured most of Canada, and cruised to many of the Caribbean islands and parts of Mexico and South America. He loved to write poetry and memoirs and was an avid reader. He was especially fond of the following poem by Hannah Kahn which beautifully portrays his philosophy of life: Ride a wild horse with purple wings Striped yellow and black except his head which must be red. Ride a wild horse against the sky - hold tight to his wings before you die whatever else you leave undone once ride a wild horse into the sun. David was many things to many people: husband, father, stepdad, grandfather, great-grandfather, uncle, brother, friend, writer, poet, coach. He is now, free at last, free at last!

James David Stafford was born on February 25, 1939 in Bedford, Indiana and passed from this life on January 20, 2022 in Lubbock, Texas at the age of 82 years. He is survived by his wife, Lou McMurrey Stafford, his son John Stafford and wife... View Obituary & Service Information

The family of James David Stafford created this Life Tributes page to make it easy to share your memories.

Send flowers to the Stafford family.