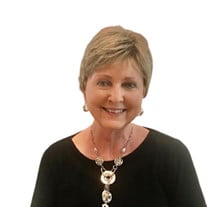 Elgin Texas - Sweet, talented, wise, hospitable and a contagious love of life… That was Jan Carolyn Crawford Martin. Born in Clyde, TX on December 2nd, 1945, Jan was the only child of JD and Christine Crawford. She spent most of her childhood between their family farm outside of Abilene, TX and Odessa, TX, where her father worked as a chemist and her mother worked as an educator. Jan moved to Lubbock, TX to attend Texas Tech University. There, she received her degree in Secondary Education, following in her mother’s footsteps. At an early age, Jan began playing the violin and mastered the instrument, earning her a full scholarship to Texas Tech and the title of “President of Fiddlers”. While there, Jan played in several symphony orchestras and was chosen to be part of a newly established group, the “Triolins”. For the next six years, the group performed extensively with stars such as Glen Campbell and for prestigious events such as Governor’s Inaugural Balls and for the President of Mexico. To her fellow Triolinists, she was a sweet and quiet soul with a mischievous bent and sparkle in her eye. And even though Bernie Howell was the leader of the group, to her fellow Triolinists, Jan was the “quiet force” behind its success and their enjoyment of it. Jan fell in love with Jesus at an early age and, while on a botany field trip at Tech, she met Stan Martin when they found themselves sharing the grace of God with a fellow student. Theirs was the very definition of “love at first sight” and just 10 days later, when Stan asked her to marry him, she said “yes”! They married 6 months later on December 27, 1966, just before Stan began Basic Training with the military. 5 years later they welcomed a baby girl, Dana, followed by sons, Daniel, and Darin. After establishing her family, she resumed teaching and became the principal of Christian Life Learning Center in Lubbock, holding that position until Darin graduated. Throughout her adult life, she exhibited incredible grace and discernment and touched the lives of young and old alike...often being considered a “second Mom”. Her words of wisdom were highly impactful in helping others navigate challenging relationships and situations. Jan and Stan opened their home to young people and families from all over the world providing a home for short or long term, some for college attendance and some for Christian community experience. She was a person of great humility and kindness with a zeal for life that was ever-present. She found time to assist and manage her family's businesses, Hi-Fidelity of Lubbock, Stan's Car Stereo, and BAE Technology. In 2002, Stan and Jan moved to Newnan, GA, where their hospitality continued to abound and was so great that they were often teased about running the “Martin Manor”. Anyone and everyone were welcomed in their home, treated to Jan’s fabulous cooking and given a sense of “home away from home”. In 2019, they moved back to Texas, taking up residence in Elgin, and very quickly increased their already very large circle of friends. Shortly after their move, Jan began battling a rare and highly aggressive form of cancer. Throughout her battle, her inner strength and steadfast faith was on full display which served as a source of encouragement to everyone around her! On September 30 Heaven rejoiced to have her beautiful spirit in its midst while her legacy of love, grace and wisdom lives on in earth through her husband, children and grandchildren - Connor, Ashleigh, Ben, Braedon, Hailey, Eben and Juliet. There is no doubt she heard “well done”! On October 9th a celebration of life will be held at First Baptist Church of Lubbock Texas as 3pm. See #JanMartinStrong on Facebook for further details.

Elgin Texas - Sweet, talented, wise, hospitable and a contagious love of life&#8230; That was Jan Carolyn Crawford Martin. Born in Clyde, TX on December 2nd, 1945, Jan was the only child of JD and Christine Crawford. She spent most of her childhood... View Obituary & Service Information

The family of Jan Carolyn Martin created this Life Tributes page to make it easy to share your memories.

Send flowers to the Martin family.