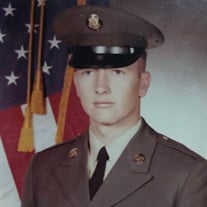 Jerry Dean Robinson, 70, of Lubbock Texas, passed from this life on Saturday October 23rd, 2021 after a short battle with COVID. He was born on April 16th, 1951, in Spur Texas to George and Grace (Prater) Robinson. He was the second youngest of ten Children. He attended and graduated Roosevelt High School in 1969. After High school Jerry joined the US Army. He was stationed in Germany, where he traveled much of Europe and skied the Alps. After receiving an honorable discharge, he returned to Lubbock and begin his career as a carpet Layer with Grigg's Carpet. On January 29th, 1976 Jerry married the love of his life MaryAnn Coppedge of Lubbock. Their marriage provided the family with daughters, Melissa Dilliard and Amy Robinson, and a child of heart Cortni Smith. After years of working for Grigg's Carpet, Jerry started his own flooring business that he continued until his retirement. Jerry was an avid gamecock fighter and breeder. Jerry owned some of the most sought-after gamecocks in the US. Jerry owned and operated the Cloverleaf Game Fighting Pit in Clovis New Mexico for many years. Jerry was also an avid sports fan and loved telling people the stats for the teams that he followed, which was all of them. Jerry played baseball in high school and continued that love by playing and coaching city softball until his knees gave out. Every morning he could be found in the coffee shop flirting with the waitresses and telling them stories about the finds he made at estate sales. Jerry loved being around people and making them laugh. It was a guarantee that when you were around him you would have a laugh or two and end up with a best friend for life. Jerry leaves behind a legacy of love for his family and friends. Jerry was preceded in death by his parents, George & Grace Robinson, his wife of 41 years MarryAnn Robinson, his five brothers - GC, Willis, Jackie, Donnie, and James (Fatty), his four sisters - Evaughna Gene Robinson, Georgiann (Nonner) Christopher, Mary Zoe Robinson, and Sue Nelson. Jerry is survived by his daughters Mellissa Dilliard & Amy Robinson, his three granddaughters Aerianna Chavez, Makayla Cavazos, and Karisa Garza, his grandson Culvor James-Dean Damon, and a child of heart Cortni Smith (Andrew and son Luke), many nieces and nephews that consider him their favorite uncle, and a multitude of friends and family that will miss him dearly.

Jerry Dean Robinson, 70, of Lubbock Texas, passed from this life on Saturday October 23rd, 2021 after a short battle with COVID. He was born on April 16th, 1951, in Spur Texas to George and Grace (Prater) Robinson. He was the second youngest... View Obituary & Service Information

The family of Jerry Dean Robinson created this Life Tributes page to make it easy to share your memories.

Jerry Dean Robinson, 70, of Lubbock Texas, passed from this life...

Send flowers to the Robinson family.