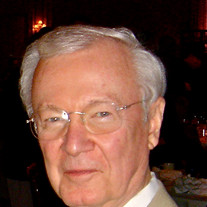 John Arthur Gillaspy John Gillas John Arthur Gillaspy, known professionally as John Gillas, died on October 28, 2021, after a brief illness. John was a loving husband and father, mentor and friend and will be missed by many. Born October 23, 1932, in St. Louis, MO to Robert and Marguerite Murry Gillaspy, John began his journey as a singer at Central College, ultimately graduating from Indiana University with a degree in vocal performance. While at IU, he sang the title role in the United States stage premiere of Benjamin Britten's Billy Budd, and upon graduation was drafted into the United States Army where he became a founding member of the new U.S. Army Chorus. After his service, he sang with the New York City Opera, the San Francisco Opera, and as a concert singer touring across the United States. In 1960, he sailed around the world on the M.S. Kungsholm as a featured concert singer with additional performances at port stops in Mumbai, Singapore and Hong Kong. In April of 1960, he received a Fulbright Grant to the Rome Opera, and after finishing his study there, he sang in the opera houses of Germany for the next six years before returning to the United States in 1968 to accept a position as a performing member of the University of Oklahoma's voice faculty. At the same time, Gillas returned to Indiana University to complete a Master of Science in Opera Stage Direction. During their time in Europe, he and his wife, Mary, had two children, Elizabeth and Sean. In 1971, he accepted an invitation to join Texas Tech as a voice professor and as stage director of Music Theatre in the School of Music, later taking on the roles of producer and director. During a nearly 30-year career at Texas Tech, Gillas directed over 85 productions of operas, musicals, operettas, and many Gilbert & Sullivan works, occasionally singing leading roles himself. He also sang numerous recitals and concerts, and he and Mary appeared together with the Lubbock Symphony in addition to performing duet concerts. He also sang the National Anthem at Texas Tech men's basketball games for almost 30 years. John and his wife Mary, also on the Tech voice faculty, worked with many wonderfully talented students who went into the world of music, following numerous career paths including performing in major opera houses of the world, on Broadway and with national/international touring companies. They also became university teachers, opera directors and conductors, and private voice teachers and coaches. Gillas was honored during his teaching career at Texas Tech with the Amoco Excellence in Teaching Award (1980), the Paul Whitfield Horn Endowed Professorship (1986), the highest award for a faculty member of TTU, and the William D. Kerns Award for the Performing Arts (2005). In 1998, he served as Producer and Artistic Director for Texas Tech's 75th Anniversary Gala, and in 2003, TTU conferred the title of Paul W. Horn Professor Emeritus on him in recognition of his service to the University. John and Mary Gillas, are also both honored on the Walk of Fame for their contributions to the cultural life of Lubbock. Gillas continued his work even in retirement and directed operas for the San Antonio Opera, Amarillo Opera, and served as sabbatical replacement for voice faculty members at the University of Michigan and then the University of Utah. Reuniting with many former students as guest artists, he produced and performed in several evenings of Broadway music for Don Caldwell's Cactus Theater. He was a featured soloist for the Lubbock Centennial in 2009, and in 2016, he was a featured soloist for the U.S. Army Chorus' 60th Reunion celebration. Those performances are available on YouTube. John is survived by Mary, his wife of 61 years; daughter, Elizabeth and her husband, Randy Clements; and son, Sean, his wife Tracie, and children Tahirah, Shameem and Camden. The family would like to thank Hospice of Lubbock for their wonderful assistance, his caring physicians and the many friends, colleagues, and loved ones who have been in constant contact during his final illness. In lieu of flowers, donations may be made to the Mary and John Gillas Vocal Scholarship Endowment at Texas Tech University. Checks can be made payable to Texas Tech Foundation, Inc. and mailed to Box 45025, Lubbock, TX 79409-5025 or online at click here. Please note that the donation is designated for the Mary and John Gillas Vocal Scholarship Endowment. Family will receive friends and loved ones from 4pm-6pm on November 20, 2021, at Sanders Funeral Home, 1420 Main Street, Lubbock, Texas. Masks are kindly suggested.

The family of John Arthur Gillaspy (Gillas) created this Life Tributes page to make it easy to share your memories.