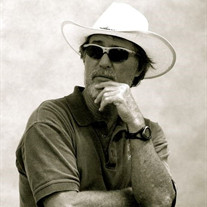 A celebration of the life of Michael R. Greer, 82, of Ransom Canyon, Texas will be 1:00 PM Monday, July 26, 2021, in Sanders Memorial Chapel with Bob Bray officiating. Visitation will be come and go from 2:00 PM to 3:30 PM Sunday, July 25, 2021, at Sanders Funeral Home. Please celebrate the life of Greer by visiting www.sandersfuneralhome.com. A webcast of services will be available as well as our online guest book. Greer passed away July 21, 2021. Greer was born December 16, 1938, in Chanute, KS to father Mackey Greer and mother Maxine Roberts Greer. Mike Greer has a diversified background specializing in industrial packaging/material handling, public speaking, and multi-sport event production and is the founder of 8 small businesses. He holds degrees in Business Administration (BBA), Military Science Leadership C&GS), Theocentric Philosophy Counseling (Ph.D.) and is a retired LT. Colonel from the US Army Active/Reserve duty. Greer is most well-known in the sport of Triathlons as a competitor and founder of the Buffalo Springs Lake Half-Ironman, now the IRONMAN 70.3 Lubbock, in Texas. As a college football and track star, Greer continued his athletics through the sport of triathlon. He has competed in the "Ironman" Triathlon World Championship, Kona, Hawaii twice. He quite possibly holds the record for competing in the most triathlons in the world after suffering a stroke. Greer competed in over 400 events in the last 35 years, incredibly the last 8 after suffering a stroke in 2017. Greer has published three books, Mind Management, Universal Triathlon Alliance Guide Book, and 11 Points of Healthy Ageless Living, and Charge, his autobiography. He enjoys writing numerous articles on self-help and philosophical opinions on life. Greer is a Past President of the Board for USA Triathlon and served as its interim CEO/Executive Director in 2004 and was a board member in 1994 and 2006. He also served as the President of the Board for the Youth Corps of Lubbock and President of the Board for the Professional Triathlon Association. In 2011 he was named to the Texas Triathlon Hall of Fame, and in 2012 was inducted into the South Midwest Regional Triathlon Hall of Fame. In 2019 he was named to the University of Texas/Arlington Military Science Hall of Honor. Mr. Greer is married to Marti Greer and has 5 children, 15 grandchildren and 8 great-grandchildren. He resided in Ransom Canyon, Texas. Loved ones include wife Marti Greer; son Michael John Greer (Angelika) of El Paso, TX; daughter Robin Richardson of Lubbock; daughter Stacy Wieland (Shuck) of Terrell, TX; daughter Christi Jensen (Mark) of Dallas, TX; daughter Jessica Lynn Dietrich (Timo) of Brisbane, Australia. Preceded in death by parents Mackey and Maxine Greer. In lieu of flowers the family would appreciate contributions to The Mike and Marti Greer Foundation which will promote fitness and wellness by providing scholarships to youth and adults in need of financial assistance to accomplish their goals in sports related events especially the sport of triathlons. Donations can be sent to The Mike and Marti Greer Foundation @ 36 E Lakeshore Dr, Ransom, Canyon 79366.

The family of Michael R. Greer created this Life Tributes page to make it easy to share your memories.

Send flowers to the Greer family.