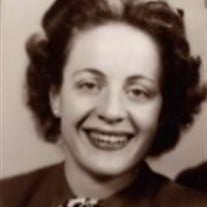 Nina Lee Green Sinclair, 96, of Lubbock is blessed to be in the presence of her loving Heavenly Father who welcomes her as she rejoins the love of her life, Louis Avery Sinclair. Her death on May 4, 2022, records the passing of a generation that lived life with courage, perseverance during hardships, and dignity. She was born in Roaring Springs, Motley County, Texas on May 24, 1925. The former Nina Lee Green was the daughter of John Duff and Myra Kelly Green who were Texas pioneers. Nina was reared on the "Greenland" Stock Farm on the banks of the Tongue River, also called the South Pease River and was baptized at the Roaring Springs First Baptist Church in 1936. She graduated from Roaring Springs High School in 1942. In 1943, as a young woman during WWII, she moved to Lubbock and developed her gift of artistry when she began working at Koen's Studio as an artist who hand-colored portraits and later as a photographer and designer on the Texas Tech University La Ventana yearbook. Soon after the war, she and Louis Avery Sinclair married on January 18, 1946, and moved to Abernathy where they made their home for 26 years. In 1949, the Sinclairs began their family and to this union three children were born: David, Terri and Jerry Don. Nina devoted herself to her home and family while supporting her husband as a forty-year employee of Southwestern Public Service Company. Louis Avery always referred caringly to Nina as "Ma Bear" because she was fiercely protective of the family. Strong willed (some would say stubborn), Nina was a woman of deep principle, integrity and dignity who set high standards of character for her children. She worked very hard to help and encourage them to achieve to the best of their abilities in various activities, such as 4H, FFA, sports, and academically, including graduations from Tarleton State University and Texas Tech University. The Sinclairs relocated to Lubbock in 1972. In 2009, Nina lost her childhood sweetheart, Louis Avery Sinclair, when he went to be with his Lord and Savior. He and Nina fell in love at a very young age when they were wiggling their toes together in a mud puddle on the Maxey farm in Garza County. Nina was preceded in death by her parents, two brothers and four sisters: Mervin Green, Roaring Springs, TX; John Green, Bakersfield, CA; Mary Green Webb, Roaring Springs, TX; Sue Green Maxey, Post, TX; Ruth Green Kirksey, Lubbock; and Nell Green Stevens, Gardnerville, NV. Blessed with the affection of a host of loved ones and sustained by her strong faith, she continued to enrich the lives of all who were fortunate enough to know her. Nina was affectionately known by her grandchildren and great grandchildren as "Sugar." Nina is survived by her children, David (Connie), Pflugerville, TX; Terri (Dan), Santa Fe, NM; and Jerry Don (Jaki), Carrollton, TX. Grandchildren are Darci Sinclair, Houston, TX; Duff Sinclair (Billy Jo), Lipan, TX; and Chance Cantwell (Valerie), Hutto, TX. Great-grandchildren are Dylan and Dixon Sinclair and Colt and Archer Cantwell. Nina leaves behind numerous nephews and nieces. Prior to her death, Nina coped with dementia for ten years. The family would like to give a special thanks to Vickie Buckaloo, Maria Montez, Susan Montoya, Josie Gomez, Marsha Long, Cari Bigham Hughes, Kindred Hospice - Lubbock, Dr. Floyd Pirtle and Dr. Colbert Perez for their love and dedication to Nina's care. Visitation will be Friday, May 13, 2022 at Sanders Funeral Home from 5:00 PM to 7:00 PM. A graveside service will be held at the Terrace Cemetery, Post, TX on Saturday May 14, 2022 at 10:00 AM under the direction of Sanders Funeral Home, Lubbock, TX. Pastor Joel Perez, Abernathy Northside Baptist Church officiating. A celebration of life memorial will be held at a later date. Pallbearers include Duff Sinclair, Chance Cantwell, Coby Wright, Steve White, Brent Mason, Brad Mason, Bart Mason and Russel Graves. Honorary Pallbearers are Ron Graves, Bruce Stevens, and Jon Kirksey. In lieu of flowers, memorial donations may be made to the South Plains Food Bank, 5605 Martin Luther King Jr. Blvd, Lubbock, TX.

Nina Lee Green Sinclair, 96, of Lubbock is blessed to be in the presence of her loving Heavenly Father who welcomes her as she rejoins the love of her life, Louis Avery Sinclair. Her death on May 4, 2022, records the passing of a generation... View Obituary & Service Information

The family of Nina Lee Sinclair created this Life Tributes page to make it easy to share your memories.

Nina Lee Green Sinclair, 96, of Lubbock is blessed to be in the...

Send flowers to the Sinclair family.