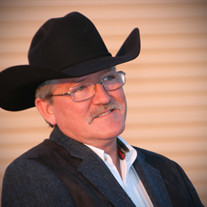 Paul Bradford Braswell passed away on January 12, 2021 at the age of 62. Celebration of Paul’s life will be held at 10:00 a.m., January 20, 2021 at the St. Luke’s United Methodist Church with burial to follow in the City of Lubbock Cemetery. The family will receive friends on Tuesday evening, January 19, 2021 from 5-7:00 p.m. He is survived by his wife, Mari-Kathryn Braswell of Lubbock; father, Roy French Braswell of Israel; brothers, Roy Bennett Braswell, II of Crosbyton, TX, Neal Blake Braswell and wife, Stacey of Rowlett, TX Donald Hodges Bowman Braswell and wife, Sandra of Rockwell, TX; nephews, Michael Braswell and wife Ashley and children, Levi and Eden, Blake Braswell and wife Laura and son, Liam, Zachary Braswell, Luke Braswell and Benjamin Braswell; nieces, Rebecca Braswell, Hanna Braswell and Chloe Braswell. He was preceded in death by his mother, Mary Paul Gibson Braswell on November 28, 2020. The family lived in the metroplex, Euless and Mesquite, during Paul’s early years. Roy moved the family to Gilmer when Paul was in elementary school but, his father continued his dental practice in Mesquite while the older boys, Roy and Paul, managed the ranch in Gilmer during the week. His father then moved the family to Pampa where Paul graduated high school. After graduation Paul attended Sewanee: The University of the South in Sewanee, TN for two semesters. He pledged and joined the Chi Psi fraternity during his first semester. Later Paul transferred to Texas Tech where he and several other Brothers founded Chi Psi at Tech. Paul is considered the founding father of Chi Psi on the Texas Tech campus. He has remained very active with the fraternity over the years by attending annual conventions and remaining active with the undergraduate Chi Psi brothers at Tech. He has been the President of the Alumni of Chi Psi for a number of years. Paul is a 1983 graduate of Texas Tech. After graduation from Tech, Paul started a computer support and software programming business. During his early years he moved to the Metroplex. Over the years he has also been CFO and Accounting manager for several businesses. Along the way, he purchased land in Montague County to start a Texas Longhorn cow/calf operation in 2001. This is about the time he met his wife Mari-Kathryn. Over the next 17 years, he and Mari-Kathryn enjoyed their Longhorn ranch and are life time members of the Texas Longhorn Breeders Association of America where he served on several boards and committees. They spent several years in the cattle show circuit and the first herd sire purchased was EOT Cherrypicker’s King 421 just before “King” won the 2006 Millennium Futurity for his class. King is proudly displayed in the living room because Paul loved that bull. The Cactus Ridge Ranch was also featured on the cover of a Danish farming/ranch magazine in August 2009. Paul and his special (longhorn) girl, Belle, were pictured on the cover. Paul and Mari-Kathryn spent three years planning and hosting Longhorn cattle education seminars for Longhorn breeders. Paul has always been proud of his work with and the success of Children’s Charities of Fort Worth. Paul served on the Board of Directors for many years before their recent move to Lubbock. Paul worked diligently at creating a better world through politics. While living in Montague County, he became the County Chairman for a short while until he resigned his position to campaign for the House of Representatives for District 68 in 2012. Rick Hardcastle had retired and this was the year that the Primary was extended because of the state redistricting arguments. His campaign came to an end at the Primary election. A couple of years later he campaigned for County Commissioner Precinct #1 and was again unsuccessful. But, in 2016, Paul did prevail in winning the State Republican Executive Committee position for Senate District 30. He served in that position for 2 years. One of his greatest accomplishments was working with friend and ally, Jack Barcroft, they were successful in having electronic voting in the SREC meetings and at the State Convention. He was always diligently working to improve our world and fighting to put common sense back into our government. Paul and Mari-Kathryn were delegates to the Republican State convention in 2010, 2012, 2014, 2016 and 2018. Paul was elected as a delegate to the National Republican Convention twice: 2012 in Tampa, Florida and 2016 in Cleveland, Ohio. This was an honor that he appreciated from his fellow delegates when he was elected to represent CD 13. Contributions or Honorariums in Paul’s name to Chi Psi Educational Trust, 45 Rutledge Street, Nashville, TN 37210 or Our Friends Place, 6500 Greenville Avenue, Suite 620, Dallas, TX 75206.

The family of Paul Bradford Braswell created this Life Tributes page to make it easy to share your memories.

Send flowers to the Braswell family.