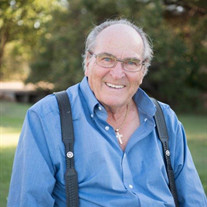 Celebration of life for Steve Bryant will be Friday, November 13, 2020 at Southcrest Baptist Church at 10 am with Burial at Resthaven Cemetery Lubbock, Texas . Visitation will be at Sanders Funeral Home Thursday, November 12, 2020 from 6-7pm. Stephen Harrell Bryant passed away Friday ,November 6, 2020 in his home at the age of 79 after a lengthy battle with cancer. He won the race of life’s challenges and is now in the presence of our Lord and Savior. He was born February 15, 1941 in Littlefield, Texas to Elmer Lynn (Jack) and Willie Myrtha Harrell Bryant. On February 28, 1964 he married the love of his life Marjorie Elaine Smith Bryant in Levelland, Texas . They were married for 53 years until her death in 2017. Steve was Valedictorian of the 1959 class at Whitharral High School. He then attended South Plains College and Texas Tech University. He graduated with a Bachelors degree in Finance from Texas Tech University in December 1963. He became a claims adjuster for a short time and was then promoted to salesman for Employers Casualty Insurance. He retired in 1999 and started a crop insurance agency. During his years at Employers he earned a CPCU certification in Risk management and property -casualty insurance. His hobbies included family activities, woodworking, snow and water skiing, raising cattle and investing and improving farm land. He was proceeded in death by his loving wife Elaine Bryant, his parents Jack and Willie Bryant, his brothers Driscol Bryant and Travis Bryant , sister-in-law Betty Bryant and his mother-in-law Theda Allene Smith. He is survived by his daughter Tamera Elaine Bryant Todd and husband Michael of Shallowater. Grandchildren ,Kyler Bryant Todd and wife Cheyenna of Lubbock, Kory Stephen Todd and Kade David Todd of Lubbock and Kabrynna Brylaine Todd of Shallowater. Great Grandchildren Lainey Grace Todd and arriving in February 2021 Luke Ray Todd both of Lubbock. His brother Joe Al Bryant and wife Judy of Lubbock, Sister in law Trudy Bryant of Sulphur Springs . Brother in laws Barry Smith and wife JoAnn of Lubbock, Garey Smith and wife Linda of Levelland, Neil Smith and wife Linda of Levelland. Many Nieces and Nephews. In lieu of flowers, donations may be made to Southcrest Baptist Church Building fund, High Point Village of Lubbock , The Burkhart Center for Autism Education at Texas Tech University or the charity of your choice.

Celebration of life for Steve Bryant will be Friday, November 13, 2020 at Southcrest Baptist Church at 10 am with Burial at Resthaven Cemetery Lubbock, Texas . Visitation will be at Sanders Funeral Home Thursday, November 12, 2020 from 6-7pm. Stephen... View Obituary & Service Information

The family of Stephen Harrell Bryant created this Life Tributes page to make it easy to share your memories.

Celebration of life for Steve Bryant will be Friday, November...

Send flowers to the Bryant family.