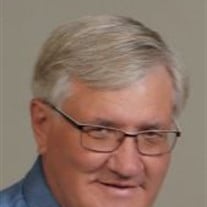 Ted Oliver Williams passed away on April 25, 2022, at the age of 69. After his 4 year long battle with Multiple Myeloma, Ted passed peacefully with his beloved wife Betty and their children by his side. Ted was born on October 18, 1952, in Vernon, Texas. He graduated from Vernon High School and VRJC. Ted married the love of his life, Betty Ruth Jones, on January 12, 1974. Ted and Betty moved to Lubbock, Texas in 1977 where he began work as a salesman with R & R Electronics. In 1997, he became a Correctional Officer for the Texas Department of Criminal Justice Montford Unit. He retired from TDCJ in 2018. Ted cherished the friendships he formed with his beloved coworkers. Ted loved all sports, especially baseball. His love of baseball continued through his life from playing throughout his childhood and high school years to coaching to umpiring and serving as Assistant District Administrator for District 2 Little League. Ted was a member of the Yellowhouse Masonic Lodge and had previously served as Worshipful Master. He was a member of St. Luke's United Methodist Church. Ted had many loves including his family, music, baseball, and watching Jeopardy. Ted is survived by his wife of 48 years, Betty Williams; daughter, Kelli (Zach) McCammond; son, Timothy (Jessica) Williams; and grandchildren: Jackson McCammond, Kendall McCammond, Elizabeth Rose Williams, and Arnold John Williams. He is also survived by his brother, Johnny (Betty) Williams; sister-in-law, Kay (J.R.) Fullerton; brother-in-law, Charlie (Kim) Jones; and mother-in-law Mary Jones; as well as many cherished nieces, nephews, and cousins. Ted was preceded in death by his parents, John and Bell Williams; father-in-law, A.J. Jones; brothers-in-law: Alan Jones and Steve Simonton; sisters-in-law: Jeannie Jones, Carol Simonton, and Kara Jones; and nephew, Steve Fleming. Memorials are suggested to St Luke's Methodist Church, 3708 45th St, Lubbock, TX 79413. Visitation will be at Sanders Funeral Home Wednesday, April 27, 2022, 6:00 PM to 7:30 PM. A celebration of his life will be 2:00 PM Thursday, April 28, 2022, in Sanders Memorial Chapel with Dr. Andy Hurst officiating. Graveside services will follow in Peaceful Gardens Memorial Park with the help of Yellowhouse Masonic Lodge. Please celebrate the life of Ted by visiting www.sandersfuneralhome.com. A webcast of services will be available as well as our online guest book.

Ted Oliver Williams passed away on April 25, 2022, at the age of 69. After his 4 year long battle with Multiple Myeloma, Ted passed peacefully with his beloved wife Betty and their children by his side. Ted was born on October 18, 1952,... View Obituary & Service Information

The family of Ted Oliver Williams created this Life Tributes page to make it easy to share your memories.

Send flowers to the Williams family.