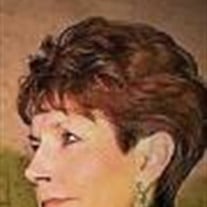 VIRGINIA GRACE VIGIL (JINNY) Virginia Grace Vigil (Jinny) passed away on May 3, 2020 surrounded by family and very close friends. She was born in Austin, Texas to Doris and Chester Everhard on August 21, 1935 at Breckenridge Hospital. She lived with her grandmother Vernal Nicholson until she was 12 years and then moved to Provo, UT to be with her mother and stepfather, Richard Cummings. After completing school at Provo High School, Jinny married David Gilner in 1953 and had two daughters, Suzan and Diana. After moving to San Diego, CA to be near her mother, she met her husband David A. Vigil. Jinny and David were married in May 1959 and shortly thereafter moved to Billerica, MA. Jinny then had two sons, David Vigil II and Adam Timothy. Jinny and family settled in Virginia Beach, VA in 1972. During this time Jinny successfully raised her family and operated a New Mexican style restaurant that was regularly listed as one of the top Mexican restaurants by multiple trade magazines. After her children were grown and on their own, Jinny and David moved to New Mexico to continue her passion of cooking. Most notably, Jinny opened and ran the Ellis Store Country Inn, Lincoln, NM. The Ellis Store was the oldest house in Lincoln, built in 1850. Jinny started a fine dining restaurant at the inn, Issacs's Table, that was gourmet style serving six course meals. In 2003 she was awarded the Chef of the Year honor for the State of New Mexico. Further, she was appointed to the New Mexico Tourism Commission and served under 3 governors for 10 years. Her public service accomplishments garnered her to be inducted into the New Mexico Tourism Hall of Fame in 2004. In 1989 she was selected by the Department of Tourism to represent New Mexico during a joint celebration of Spain and New Mexico's long history. She prepared a New Mexico Style Mexican menu at a major hotel dining room for the public for four days and Mexican hors d'oeuvres for an event with the Prince of Spain. Jinny is survived by her husband of 61 years, David; her two daughters, Suzan of Venice, CA, Diana of Phoenix, AZ; and two sons, David II and wife Sarah Tanner of Virginia Beach, VA and Adam and wife Gwen of Yorba Linda, CA; her grandchildren Senna Chen of Tokyo, Japan; Chloe Chen of Beverly Hills, CA; Maura Moran of Denver, CO; Saige Vigil of Yorba Linda, CA; Brennan Moran of San Francisco, CA; Parker Tanner-Vigil and Jack Tanner-Vigil of Virginia Beach, VA; brother George Cummings of Minneapolis, MN. She was predeceased by another brother, Jack Atchley but survived by his wife Sally, six step grandchildren, and one great granddaughter. Also surviving is Jinny's very special chosen family, the Nolan's of Lubbock, TX; Bill, Catherine, Mareid, Caitlin, and Sheaghn. Sanders Funeral Home 1420 Main Street Lubbock, TX 79401 806-763-6433

VIRGINIA GRACE VIGIL (JINNY) Virginia Grace Vigil (Jinny) passed away on May 3, 2020 surrounded by family and very close friends. She was born in Austin, Texas to Doris and Chester Everhard on August 21, 1935 at Breckenridge Hospital. She lived... View Obituary & Service Information

The family of Virginia Grace Vigil created this Life Tributes page to make it easy to share your memories.

Send flowers to the Vigil family.