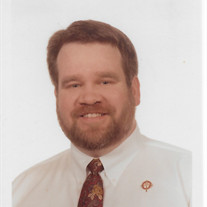 Wiley Allen Haydon Jr, 62, passed away on Sunday, August 16, 2020, in Lubbock, Texas. He was born September 21, 1957 in Austin, TX to Wiley Allen Haydon Sr. and Virginia Duncan Haydon. He grew up in Austin and attended Stephen F. Austin & Sidney Lanier High Schools and was a beloved member of the Austin, Texas Westover Hills youth group during that time as well. Later, he owned his own restaurant, Wiley’s Restaurant, in Canyon, Texas before deciding to attend West Texas State University (now WT A&M) in Canyon, Texas, where he received his Bachelor’s Degree in Nursing in 1992. Wiley was known for his love of God and his optimism. He always had a smile on his face and was often caught laughing out loud. He was a friend to all and was always willing to go the extra mile to help someone in need. He was a special person who inspired many as well as a gifted teacher, caring nurse, and a gentle giant. Wiley enjoyed telling jokes, and everyone who met him enjoyed his wonderful sense of humor. He also loved to sing, cook, solve problems, read mystery novels, and watch Hallmark Christmas Movies A celebration of Wiley’s life will be held 1:00 PM Saturday, August 29, 2020 in Sanders Memorial Chapel. Minister Matt James will be officiating. Please celebrate the life of Wiley by visiting www.sandersfuneralhome.com. A webcast of services will be available as well as an online guest book. Loved ones include his son, Wiley A. Haydon III & wife, Janelle; daughter, Kim Lucus, & husband, David; sisters, Judy Haydon Stevens; and Becky Haydon Schoch; grandchildren, Katelyn and Ginny Lucus, and numerous extended family. Preceded in death by his parents, Wiley and Virginia Haydon, wife, Janet Fry Haydon and granddaughter, Zellena Lucus.

The family of Wiley Allen Haydon, Jr. created this Life Tributes page to make it easy to share your memories.

Send flowers to the Haydon family.